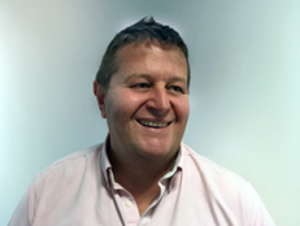 In my previous blog Worker’s Compensation and Asbestos in the Lloyd’s Market I looked at the history and impact of Asbestos and its resulting disease Mesothelioma. In this second part, I will address how claimants are being supported through a streamlined approach to claims payments and how insurance companies are continuing to support further research into the disease.

Somewhat ironically, when I began my insurance career in the 1970s I was closer to asbestos than I realised. Having occupied several old City offices where refurbishments of the time would have routinely involved the use of asbestos containing materials. In those days, it was not unusual to have both asbestos boarding and possibly even asbestos lagging of structural steelwork literally just feet from where I sat.

Since then I have been, if you like, a barometer of how the insurance industry has responded to the asbestos tragedy. Whilst there isn’t a happy ending, recent developments and initiatives have been encouraging, heartening even, bringing some degree of comfort to those diagnosed, with efforts to accelerate compensation so that matters may be resolved during claimants’ lifetime.

During the last four to five years the number of living claimants have increased. Treating doctors are much more likely to tell their patient, upon diagnosis of Mesothelioma, that they should talk to a lawyer sooner rather than later. When this news reaches the insurer, or Claims Handling Organisation, the most important thing we try to achieve is to resolve any issues of liability and seek to deliver compensation, even by way of an interim payment

In most cases the areas of dispute have narrowed over the years. In a relatively high percentage of cases there can be a very early if not immediate admission of liability, and frequently interim compensation.

Perhaps to the surprise of some people, there is now positive and ongoing co-operation between all parties: claimants, their lawyers and insurers.

Today insurers are taking their involvement further. Several major carriers have made contributions via the British Lung Foundation funding research into Mesothelioma. A new initiative, the MesoBank, is the first UK-wide Mesothelioma tissue and blood bank, established to supply tumour samples to assist with continued research.

The Association of British Insurers along with the industry managed to put in place the Diffuse Mesothelioma Payment Scheme where a potential claimant can pursue compensation if they are unable to trace a previous employer where they may have contracted this disease. The scheme is funded by a tariff made on all Employers’ Liability underwriters.

Mesothelioma is not well known in the public arena; it is responsible for the death of some 2,500 per annum, and hence does not attract the research support of other better more well-known cancers, stroke and heart disease which, quite rightly, are supported by high profile and well funded charities.

Few ‘famous deaths’ from Mesothelioma however do spring to mind, Hollywood legend Steve McQueen and former manager of the Sex Pistols, Malcolm McLaren, both allegedly died from the disease.

It is good to see at the personal level the insurance market stands as one for the benefit of Mesothelioma claimants and their families, and that insurers and the legal profession have combined efforts that seek to alleviate as far as they can the anxiety and hardship caused by this disease.